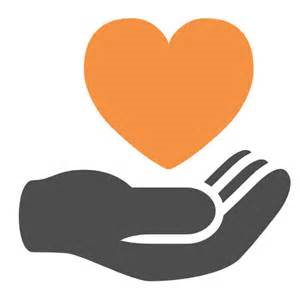 It is quick and easy to make a donation online by credit card through the OSU Foundation website.

Donation by Monthly or Annual Pledge

Respiratory infections impose some of the most prevalent disease burdens worldwide and are more widespread than other higher-profile diseases, such as AIDS and cancer. Pneumonia affects approximately 7% of the global population and is often caused by bacterial and viral lung infections. In the United States alone, influenza results in $87 billion in healthcare costs and more than 36,000 deaths each year. Hence, respiratory infections are recognized as one of the top public health priorities.

OCRID was established in 2013 through a $11.3 million Centers of Biomedical Research Excellence (CoBRE) grant from the National Institutes of Health and further sustained in 2018 with an additional $11.1 million phase II CoBRE grant. OCRID is a multi-institutional, interdisciplinary research center based at Oklahoma State University with the participation of University of Oklahoma and Oklahoma Medical Research Foundation. OCRID strengthens OSU’s biomedical research infrastructure and provides training and mentoring to the next-generation of scientists.

OCRID has just begun its 2nd phase of development. Dozens of research projects comprise the foundation of OCRID. One such area of core projects is to develop new medicines combating the influenza virus. Several scientists in the Center utilize novel approaches such as host factor-based or drug combination therapies to overcome drug resistance and improve effectiveness.  A team of researchers is investigating the reasons of increased susceptibility of diabetic patients to influenza virus infection. A group of virologists and pathobiologists are seeking to develop a safe vaccine for the human respiratory syncytial virus (a leading cause of pediatric bronchiolitis and pneumonia) by manipulating the virus’s protein structure. Bioengineers are developing a laboratory-based model of respiratory tissue so the infection processes could be observed and tested without the impact on a living organism. Other scientists are seeking to better understand and finding new ways to fight bacterial and fungal infections including Streptococcus pneumonia, Pseudomonas aeruginosa, Cryptococcus neoformans and Mycobacterium tuberculosis. These and other core projects at OCRID not only extend the science in their respective areas, but also provide the infrastructure of expertise and facilities for other researchers at OSU and its partner institutions.

In addition to the foundational projects described above, OCRID promotes collaboration with scientists throughout the region, recruiting new scientists to member institutions, and mentoring of research scientists who might be new to respiratory infectious disease or to NIH funding.  The Center funds a variety of pilot and follow-on projects to extend the impact of the initial studies.  OCRID includes 35 investigators who are funded by and an additional 35 researchers affiliated with the center.

With the already strong representation of more than 70 investigators, the impact of OCRID research on understanding and treating respiratory infections will only grow as the threat of ever more virulent bacterial and viral diseases continue to evolve in the U.S. With continued support, OCRID is positioned to become a nationally and internationally influential respiratory infectious disease research center.